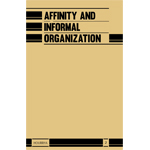 If the question is no longer how to organize the people for the struggle, we should talk about how to organize the struggle. We think that archipelagos of affinity groups, independent one from the other, which are able to associate themselves according to shared perspectives and of concrete projects of struggle, are the best way to pass directely to the offensive. This concept offert the greatest autonomy and the largest field of action possible. In the range of insurrectional projects, it is necessary and possible to find ways of informally organizing ourselves which whould allow the encounter between anarchists and other rebels, forms of organization which are not destined to perpetuate themselves, but are aimed at a specific and insurrectional goal.